Tales of an Explorer from the Bluegrass State

Looking for a fun escape from the hustle and bustle of Louisville or Lexington, Kentucky?  Take a drive to Oldham County, and spend an afternoon exploring Yew Dell Botanical Gardens.

Yew Dell began as the dream of a young couple, Theodore and Martha Lee Klein, who grew 60 acres of land into a successful family farm, commercial nursery, and specimen garden between 1941 and 1998.  After Theodore passed, a dedicated group purchased the land and developed it into a public botanical garden.  Thanks to the Kleins’ vision and the efforts of those passionate Kentuckians, Yew Dell Botanical Gardens emerged as a national destination for horticultural enthusiasts.  It proudly sits on the National Register of Historic Places, and in 2012, Horticulture Magazine named Yew Dell one of the top 10 destination gardens in the United States. 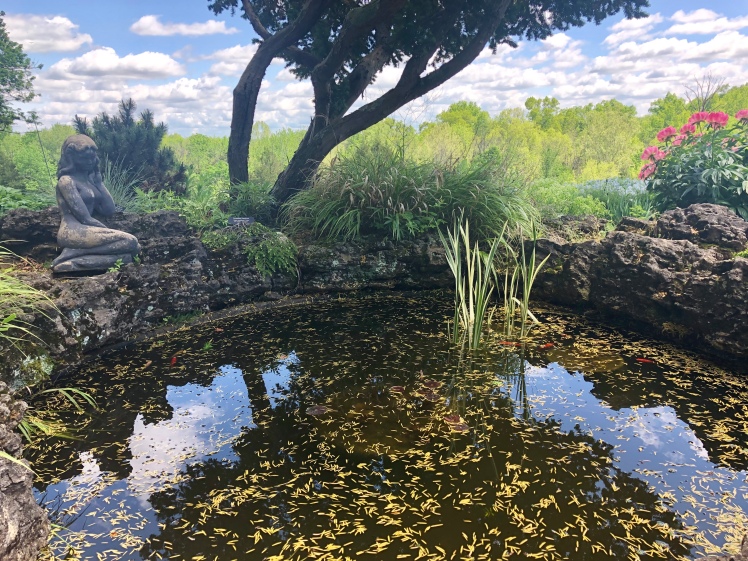 On a weekend forecast with rain and chilly weather, my family decided to play the odds and take a drive to Yew Dell, hoping to catch a patch of sun.  How lucky we were!  Our busy toddler was thrilled to enjoy an experience that touched all five of her senses.  She smelled the flowers, touched the grass and rocks, heard the croaking frogs, saw the brilliant foliage, and tasted her snacks in a grove of trees.  Her parents enjoyed all of that alongside her, plus Yew Dell’s historic architecture and working, educational farm. 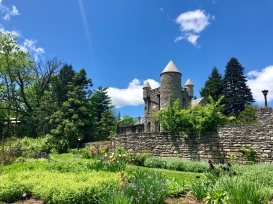 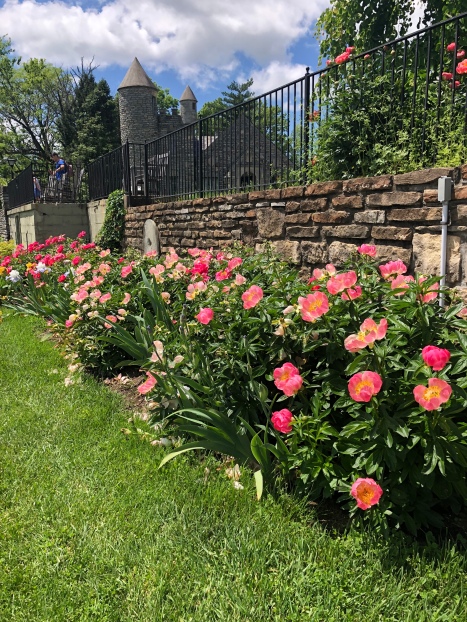 Theodore Klein hand-built the Yew Dell Castle in the 1950s as a pool house for his family.  The pool must’ve been a sight to see.  It had windows that allowed the Klein children to swim underwater and wave to their cows!  The area where the pool stood is now the Castle Terrace, a lovely stone overlook filled with rocking chairs where visitors can enjoy views of gardens, meadows, and woods. 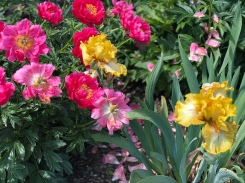 Yew Dell features several different gardens.  My favorite is the flower garden just below the Castle Terrace.  So much color!  My daughter was fascinated by the different flowers and grasses.  She wanted to stop, smell, and touch every one.  That fascination was topped only by her visit to the Sunken Garden and pond.  She couldn’t get enough of the chatty frogs and oh-so-enticing gravel. 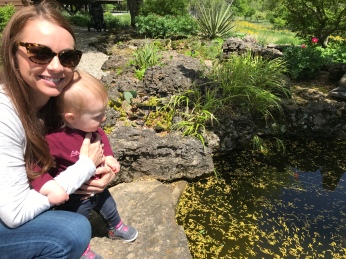 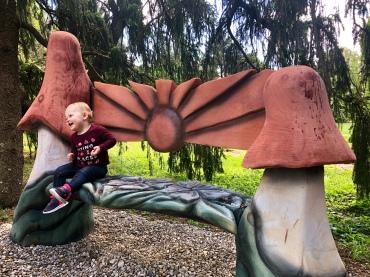 Taking a few minutes to recharge, all three of us enjoyed strolling through Yew Dell’s arboretum, learning about its circa-1800s log cabin, picturing a beautiful gala in its event space, and exploring its greenhouses (complete with living roofs!).  Yew Dell also has a one-of-a-kind fairy garden that comes alive with magical fairies each summer.  The fairies weren’t in residence during our visit, so we look forward to visiting them soon. 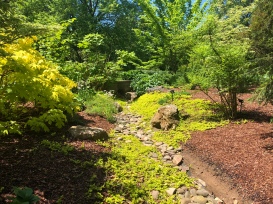 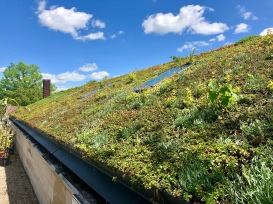 We ended our visit by browsing Yew Dell’s gift shop, which is full of one-of-a-kind sculptures, healthy plants to take home, and a great variety of kids items.  We hoped to visit the Kentucky Artisan Distillery next door on our way out, but it’s closed on Sundays.  Next time!

Yew Dell offers all sorts of educational and social events year-round.  I encourage you to explore them here and plan your visit.  The events topping my list are Boo Dell at Halloween, Yuletide in December, and the summer Fairy Parade.  If you’re local, the weekly Bourbon + Botanicals music series on Thursday nights sounds great, too.  If you have human children, stop by for Children in the Dell events or Art Camp.  If you have fur children, visit on a Sunday when furry friends are welcomed during Hounds on the Grounds.  There are also yoga classes and lots of opportunities to volunteer.  In short, explore Yew Dell, and there’s bound to be something you’ll enjoy.